Joseph Barbera, of the Hanna-Barbera fame, passed away day before. He was in part responsible for few of the most memorable moments of my childhood life with all the cartoons he had helped produce. He was the co-creator for Tom & Jerry, The Flintstones, Yogi Bear and Scooby-Doo amongst others. So long, and thanks for all the fun. You will be missed. 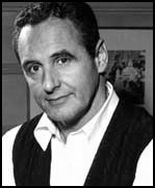 It seems to be a season of retirement for my favourite players. First Agassi, then Schumacher, and now Riquelme. Anyways, here is a small tribute to the greatest midfielder of our times.

I must confess right at the start that I have an extremely soft spot for Argentine players. Right from Maradona and Batistuta to Messi and Crespo, I have been a huge Argentinean fan and I was heartbroken after their exit from the ‘06 FIFA World Cup.

Some people play the game like they have just 45 minutes rather than 90. Riquelme, however, plays as if there are 180 instead. As Arsène Wenger said, “He’s always able to slow the game down, and wait for a weak moment to kill you“. He is so different from his contemporaries that football once again seems like the beautiful game when he plays.

His speed of thought, ball possession and his creative vision is what sets him apart from the pack. A master at juggling the ball, he outfoxes the defense with such ease that it induces a sense of serenity in his game. When the Argentine is at work, a certain degree of romanticism fills the game, and you are transported back to an era when the game was played for pleasure than winning alone. I always hear people say that Sachin is a great player since he makes the game look so easy. I now believe that the same is true for all sports. Riquelme, with his supreme control of the ball and a vision that sees all, does exactly that.

Born in a poor family of 10, he was spotted early by Boca Juniors (same as that of legendary Maradona and Batistuta) in 1995 and stayed there till 2001. In 2002 he shifted to Barcelona and could not adapt himself to the European style of play. His performance and confidence took and nosedive. In 2003 he was loaned to Villareal. Back in midst of Latin American players (like captain Sorin) he blossomed again. The playmaker was back and helped improve Villareal’s fortune in both the La Liga and the UEFA Champions League through the 2004-05 and 2005-06 seasons.

He announced his retirement on September 13, 2006, at a young age of 28, a decision that shocked many who expected him to take over from Sorin. I hope he reconsiders his decision. I hope he does not retire. I hope that the game is not robbed of the beauty. I hope to see Riquelme play again.

As Argentina legend Jorge Valdano describes Riquelme: “If we have to travel from point A to point B most of us would take the six-lane highway and get there as quickly as possible. Riquelme would choose the winding mountain road, the beautiful scenic route which takes him six hours instead of two.”