The honeymoon period, as they call it, has come to an end. The first core term, for the Class of 2010 [Co2010] begins tomorrow. We already have loads to read up even before the first class. Just leaves me wondering if it is a sign of things to come!!

The weekend was spent partying, generally relaxing, and getting mentally prepared for the coming weeks. My section (E) went out for a Hyd trip and I joined them for dinner at Angeethi. There was a BITSian lunch proposed today, which had to be postponed due to some circumstances. Btw, there are some 17 BITSians in this batch, up from 12 last year – way to go BITS!!

Another interesting event was a interactive session by Navtej Sarna, Indian Ambassador to Israel, IFS Office, Class of 1980 [Note: I was born in 1983]. He spent a lot of time as the spokesperson of the MEA, and spoke candidly, without spilling any beans, of his experiences there. He elaborated on how the Indian media needs to regulate itself in events like the 26/11 or the Kandhar hijacking. He also spoke on how India’s perception in the West has changed over the years, and also how he reacted to Slumdog Millionaire vis-à-vis Indiana Jones and the Temple of Doom. A very interesting hour and a half was spent with him. I am already becoming a fan of the speaker series at ISB.

I am going to Pilani for the next couple of days for recruitment. It is one of the most amazing feeling to be back to your alma mater, and that you are on the other side of the table this time makes it that much more special..

More on the trip once I return. Bye..

I imported all posts and comments from our old group blog today. The blog has now been dormant for more than a year, the last post being one on the Hyderabad trip. I just wanted to back it up for the future. The blog posts contain a lot of trip reviews, nice little conversations, lot of debates, and some awesome memories. The blog itself was the brain child of Ankit and it slowly transformed into a group blog. It was pretty damn active while I was still at BITS and Rahul doing his PS. And then after that it lost steam.

Anyways, due to the Twitter plugin, the import resulted in a couple of friends being totally spammed. I am so sorry folks. Never meant to.

Note to self – Before any importing or exporting or updates or anything else, deactivate all plugins!!

This is dedicated to two special friends from Pilani. Missing you people and the last panel is just so apt.

PS: I hope the folks at Questionable Content are kind enough not to kick for stealing this.

During my Pilani trip, I happened to be in Sky for the farewell session of EDC – and the one for Vernon. I was so fucking depressed. He had joined EPC during my psentisem.

Am I actually that old?? Gaping Void comes to the rescue!! 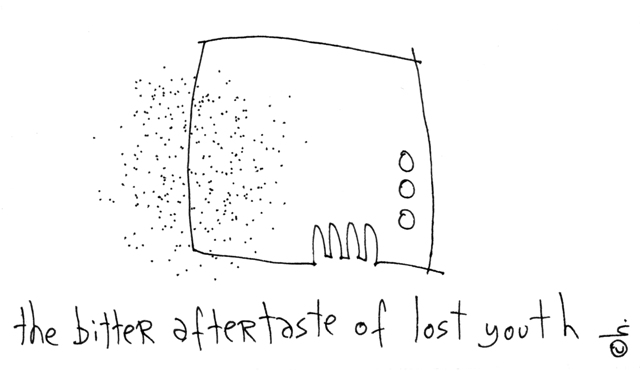