I thought I would not write anything about the Jylland-Posten controversy for very long out of the thought of getting misinterpreted (as I am more often than not). But after reading this I could not take it anymore. You can check out the cartoons for yourself here. Also you can read a totally different take on the issue here.

There are two views about the whole the issue.

1. The newswpaper was irresponsible in publishing such controversial cartoons – Agreed. I mean they should have known where to draw the line. They should avoid hurting the sensibilities of any religious/ethnic group. 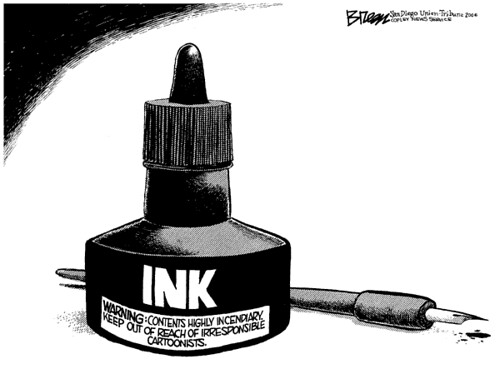 2. The people and Islamic nations over reacted – Agreed. There are ways of registering a protest over something and burning down an embassy is certainly not one of them. It gives further strength to all the cartoons and the tainting. 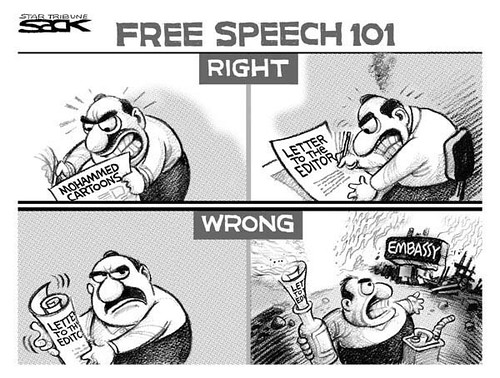 Now there is a personal view. There have been times when Hindu Gods have appeared on toilet seats, bikinis, sandals and even toilet rolls. Indians have protested and the products have been taken off the market. That is a good way of going about such things. There is that other way. The one that Bajrang Dal took. The one the Muslims took. I do not agree with such actions. And of course I cannot help but smile on the stand taken by Indian political parties. The communist pinkos have stayed silent and have not criticised the demonstrations. The Congress, as usual, has taken a middle ground. Bull shit. Every one had something to say when Bajrang Dal ransacked the MF Hussain painting exhibition (not that I support it). What happened now??? So much for religious tolerance. Smacks of pseudo secularism to me.